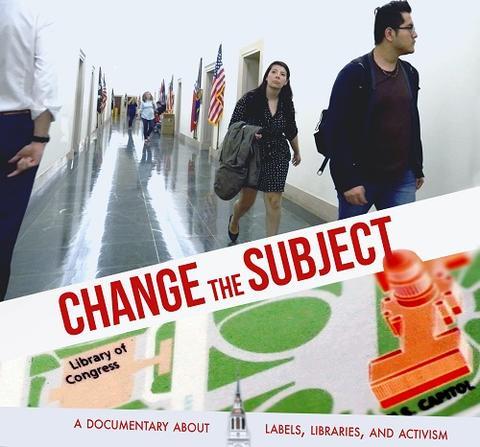 Join the Latin American Library for a viewing of the documentary Change the Subject, followed by a Q&A with the filmmakers. Free and open to the public.

Change the Subject tells the story of a group of students at Dartmouth College, who, from their first days at Dartmouth, were committed to advancing and promoting the rights and dignity of undocumented peoples. In partnership with staff at Dartmouth College, these students--now alumni--produced a film to capture their singular effort at confronting an instance of anti-immigrant sentiment in their library catalog. Their advocacy took them all the way from Baker-Berry Library to the halls of Congress, showing how an instance of campus activism entered the national spotlight, and how a cataloging term became a flashpoint in the immigration debate on Capitol Hill.

Screening made possible by the Tulane University Libraries, Center for Academic Equity's Equity Speaker Series, and the Stone Center for Latin American Studies.