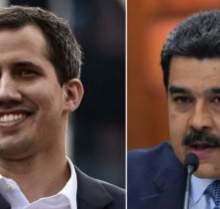 Against the odds, there is once again movement toward negotiations in Venezuela's forever-crisis. Last month, Venezuela’s two presidents, Nicolás Maduro, who claimed victory in deeply flawed elections in 2018, and Juan Guaidó, the young National Assembly president who assumed the “interim presidency” when Maduro tried to claim his second term – both suggested that a new round of talks would start this month. This week, Mexican President Andrés Manuel López Obrador confirmed they will be held in Mexico City, likely beginning on Aug. 13. Behind this movement is the shuttle diplomacy of the Norwegian Ministry of Foreign Affairs, which has led facilitation efforts for two and a half years.