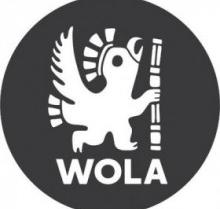 he Venezuelan economy has descended into ever-worsening chaos since the beginning of the administration of Nicolás Maduro. U.S. economic sanctions, which began with financial sanctions in 2017 and expanded to the country’s vital oil sector this year, have exacerbated an already precarious economic and humanitarian crisis.

As Venezuela’s economic tailspin has deepened, scholars and analysts have debated the magnitude of the impact that sectoral sanctions have had on the general public. In a June 2019 report, Venezuelan economist Francisco Rodriguez identifies clear links between U.S. sanctions, oil revenue, and declining living standards in Venezuela. He argues that U.S. sanctions contribute, albeit indirectly, to Venezuela’s deteriorating humanitarian situation, and suggests that new measures such as an oil-for-necessities program may be effective in mitigating the sanctions’ negative impacts while maintaining incentives for a democratic solution.

Join the Washington Office on Latin America (WOLA) and Tulane University’s Center for Inter-American Policy Research for the first of a two-part series on the effects of economic sanctions and possible new directions for U.S. policy. In this first event, Francisco Rodriguez will present his findings and discuss their implications with WOLA’s Venezuela team.