The United States and Mexico in the Trump Era

The United States and Mexico in the Trump Era 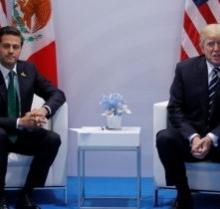 After a tumultuous first year of the Trump administration, the US-Mexico relationship‘“arguably the most critical and sensitive bilateral relationship in the Western Hemisphere‘“has changed significantly. While many of the most pessimistic initial predictions on trade, migration, and other cooperative efforts have not come to pass, most analysts agree that the tone and quality of relations have deteriorated. Uncertainty continues to define the renegotiation talks for the North American Free Trade Agreement (NAFTA), the status of many Mexican immigrants in the United States, and the future of US-Mexico border and security cooperation. Meanwhile, July‘s presidential election in Mexico threatens to inject even more upheaval into the relationship. How should the changing dynamics be understood? And what is at stake in the relationship going forward?

El Colegio de México, Tulane University, the Center for Inter-American Policy and Research and the Inter-American Dialogue are pleased to host a high-level conference on the complex and evolving dynamics between the two countries. This US-Mexico forum brings together top tier academic and policy experts from both countries for an open debate on the path forward for the relationship. Dr. Nora Lustig and Dr. Doug Nelson of Tulane University are speaking at the event.