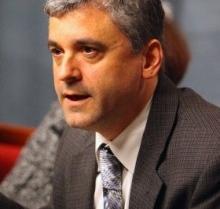 Steven Levitsky is Professor of Government at Harvard University. His research interests include political parties, authoritarianism and democratization, and weak and informal institutions, with a focus on Latin America. He is author of Transforming Labor-Based Parties in Latin America: Argentine Peronism in Comparative Perspective, co-author (with Lucan Way) of Competitive Authoritarianism: Hybrid Regimes after the Cold War (2010), and co-editor of Argentine Democracy: The Politics of Institutional Weakness (2005); Informal Institutions and Democracy: Lessons from Latin America (2006); and The Resurgence of the Left in Latin America (2011). He is currently engaged in research on the durability of revolutionary regimes, the relationship between populism and competitive authoritarianism, problems of party-building in contemporary Latin America, and party collapse and its consequences for democracy in Peru.

This event is sponsored by CIPR.