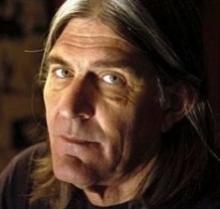 Loyola University is excited to welcome acclaimed activist-intellectual Ward Churchill, author of the new book “Wielding Words like Weapons: Selected Essays in Indigenism, 1995‘2005 and 30 Year Anniversary edition of Pacifism as Pathology: Reflections on the Role of Armed Struggle in North America.

Ward will give an explanation of indigenism, moving from there to the concepts of the Fourth World and the three-legged stool of classic, internal, and settler-state colonialism. He will discuss historical and ongoing genocide of North America‘s native peoples and the systematic distortion of the political and legal history of U.S.-Indian relations.

A prolific American Indian scholar/activist, Ward Churchill is a founding member of the Rainbow Council of Elders, and longtime member of the leadership council of the American Indian Movement of Colorado. In addition to his numerous works on indigenous history, he has written extensively on U.S. foreign policy and the repression of political dissent, including the FBI‘s COINTELPRO operations against the Black Panther Party and the American Indian Movement. Five of his more than 20 books have received human rights awards.