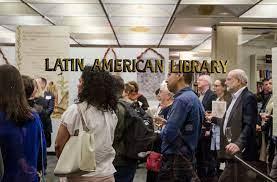 Abstract: The main problem of the project that I am developing with the support of Richard E. Greenleaf Fellowship questions the central place of images for the colonial imagination in Brazil. The creation of images in this context has nothing to do with any kind of epistemological transparency, on the contrary, it shows how the paradigmatic conventions of representation engender political meanings and how social stereotypes forged a grammar for the interpretation / production of black bodies in the (post) colonial Brazilian horizon. In this presentation, in addition to the general objectives of the project, I discuss the current stage of the work, still in progress; the steps that I have developed for its realization; some possible future paths; and the connection of this project to a broader investigation, which seeks to confront colonial forms of production of meaning, based on representation, with immanent anti-colonial forms, based on African epistemologies, as in the work of contemporary Afro-Brazilian artists. In this sense, I oppose colonial epistemological models, as seen in the work of the Dutch artist Albert Eckhout, to Afro-diasporic formats, as in the work of the Afro-Bahian artist Ayrson Heráclito.

Osmundo Pinho is a Brazilian anthropologist and Professor at the Universidade Federal do Recôncavo da Bahia in the colonial city of Cachoeira. He also teaches in the graduate program in Ethnic and African Studies of the Universidade Federal da Bahia and is an associate at the Instituto de Estudos da Africa da Universidade Federal de Pernambuco. He received a M.A in Scoial Anthropology and a Ph.D. in Social Sciences from the Universidade Estadual de Campinas (UNICAMP). In 2014 he was a visiting researcher in the Department of African Studies at the University of Texas at Austin. His most recent book, “Antinegritude: O Impossível Sujeito Negro na Formação Social Brasileira” was co-edited with João H. Costa Vargas. His research has focused on Black masculinities in Brazil, as well as the intersection between constructions of the state, the “invention of woman,” and the discipline of Anthropology in Mozambique.

Until his retirement in 1998, Richard E. Greenleaf served as the France Vinton Scholes Professor of Colonial Latin American History, and as the Director of the Center for Latin American Studies at Tulane University. He also served as Chair of the Department of History. Dr. Greenleaf grew up in Albuquerque, New Mexico, and took his Bachelors, Masters and Doctoral degrees at the University of New Mexico, where he studied under the dean of Inquisition scholars, France V. Scholes. Greenleaf’s doctoral dissertation, “Zumárraga and the Mexican Inquisition 1536-1543,” served as the basis for his many excellent publications on the history of the Holy Office of the Inquisition in Latin America. Greenleaf authored eleven major scholarly books, co-authored or contributed to seventeen others, and published almost four dozen articles in the field of Latin American and New Mexico history. He was the recipient of many distinguished awards, among them the Silver Medal, the Sahagún Prize (Mexican National History Award), and the Serra Award of the Academy of American Franciscan History for Distinguished Scholarship in Colonial Latin American History. In his long and distinguished teaching career in New Mexico, Mexico City and New Orleans, Greenleaf served as mentor to 34 doctoral students at Tulane, and countless masters and undergraduate students. Richard E. Greenleaf died on November 8, 2011.