Tulane A-Z
Home / Latin America at a Crossroads Series to host Dr. Wendy Hunter for a seminar on Brazil

Latin America at a Crossroads Series to host Dr. Wendy Hunter for a seminar on Brazil

Latin America at a Crossroads Series to host Dr. Wendy Hunter for a seminar on Brazil 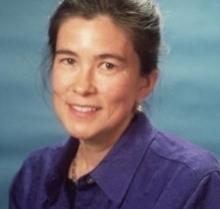 Please join us in welcoming Dr. Wendy Hunter for a seminar on Brazil as part of the Latin America at the Crossroads spring seminar series. Democracy is under threat in Brazil. The economy has stagnated, crime is rife, standards of living are deteriorating, and a massive corruption scandal, “Operation Car Wash,” is sweeping up a large swath of the country’s political and economic elite, exposing the dark underbelly of past administrations. Ex-President Luiz Inacio ‘Lula’ da Silva, who is seeking a third term, has been convicted of corruption and sentenced to a long prision term – potentially leaving the Workers’ Party bereft of leadership and fragmented the popular vote. With multiple presidential contenders, including a fiery right-wing authoritarian Pentecostal, who is likely to emerge as the front runner? And how might Lula influence the election, whether or not he is ultimately allowed to run?

Dr. Wendy Hunter, professor in the Department of Government at the University of Texas – Austin, studies Comparative Politics, with an emphasis on Latin American affairs. She has done in-depth work on the military in Brazil and the Southern Cone, as well as research on social policy issues in Latin America, with special attention to the politics of education and health reform. She has also published a book on the Workers’ Party of Brazil and numerous articles in leading political science journals. Professor Hunter currently works on issues concerning identity documentation in the developing world.

Throughout the Americas, countries are facing questions about the future direction of their domestic and international politics. In Latin America at the Crossroad, the Stone Center for Latin American Studies and the Center for Inter-American Policy and Research will host speakers to discuss the critical junctures currently facing Honduras, Mexico, Colombia, and Brazil.

Join us as speakers address the big picture of domestic politics, including the current political environment and recent political developments, as well as the state of each country‘s bilateral relationship with the United States.

Events are free and open to the public, but RSVP is required.

For more information and to reserve your seat, please contact Sefira Fialkoff at cipr@tulane.edu or (504) 862-3141.