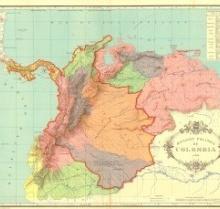 This talk examines the early contraband slave trade to New Granada (roughly modern Colombia). After the 1494 Treaty of Tordesillas, Spanish and Portuguese imperial trading spheres were technically separate, but with the decline of Native American populations due to disease, enslavement, and other shocks, Spanish demand for enslaved Africans grew. The Portuguese were allowed to sell slaves to Spanish America only via Spanish factors and with permission of Seville’s House of Trade, established in 1503. Slavers thus sought to circumvent the rules by taking captives directly to the colonies, selling them illegally to Spanish settlers, planters, and pearl seekers. Some illicit traders were caught, especially as the volume of slave trading grew after the 1542 New Laws restricted Native American slavery and the encomienda. This paper examines the early contraband slave trade by way of documents housed in Colombia’s Archivo General de la Nación.