Pathways from Tragedy and Impunity to Resistance and Resilience 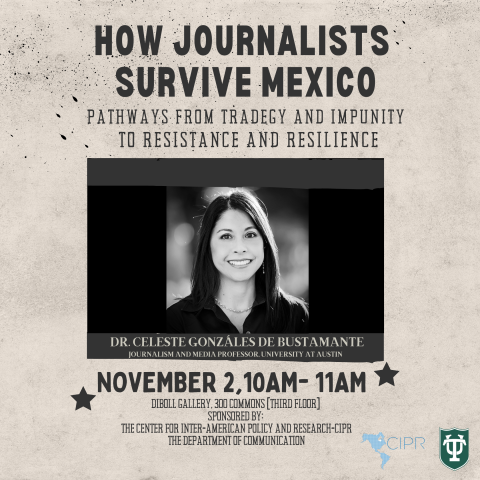 In this talk Dr. González will be discussing what follows:

Abstract: Since 2000, more than 165 journalists have been killed in Mexico. Despite a federal law that makes it a crime to attack journalists or human rights workers, the conditions continue to be dire. Corrupt government officials collude with organized crime groups in attempts to silence journalists, and reporters who work on the country’s periphery are at most risk. In this talk, Dr. González de Bustamante discusses how journalists have turned to one another and to their communities to resist pressures and create their own networks of resilience. Given a lack of support from media owners, the government, and the public, journalists have taken it upon themselves to become their own activists. And, while journalists in Mexico continue to be murdered, journalism is far from dead.