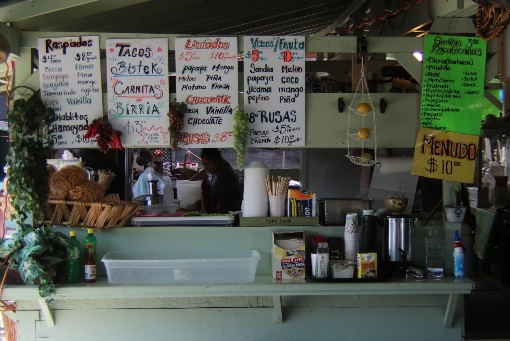 “When people think of New Orleans food, jambalayas, gumbos, and beignets usually come to mind. But with the arrival of thousands of Central American and Mexican immigrants after Hurricane Katrina in 2005, Latin foods are increasingly present across the city…if you look in the right places. 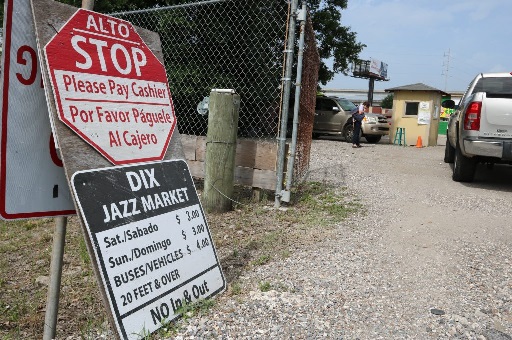 In 2011, Dix Jazz Market, part of a vending space colloquially called La Pulga, opened in the Algiers neighborhood of New Orleans. With over sixty individual vendors and booths, you can find anything from knockoff soccer jerseys to used record players. Thirty of the vendors sell prepared foods, from tacos and carne asada to sopas and the classic Honduran dish, pollo con tajadas. Success from La Pulga led to the opening of a second market “the Westbank Pulga" just three miles away. 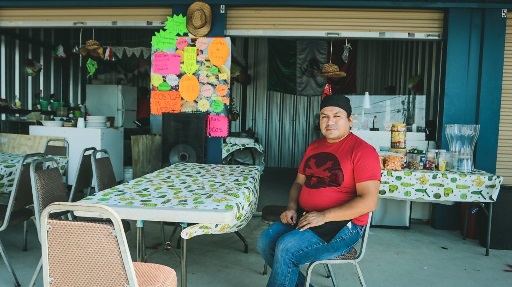 Ivan in front of his business at the Westbank Pulga, Antojitos Garibaldi.

Meet Ivan, a vendor at the Westbank Pulga, who uses his profits to fund a support group for LGBT Latinx in the New Orleans area. Through the story of Ivan, we show how the two pulgas provide opportunity for entrepreneurs with limited capital to fund their own projects. Ivan worked for a decade as a line cook in New Orleans kitchens, but always wanted more autonomy. But, like many, he lacked the capital to start his own business. Now, on the weekends, Ivan runs his Mexican food stand, Antojitos Garibaldi, with his partner, Gilberto. He uses the earnings from his business to organize events‘“from health workshops to dazzling runway shows “for the Latina drag and transgender community in the New Orleans metropolitan area. His story shows how places like La Pulga provide low overhead and opportunity for vendors to start their business and forge their own communities.” 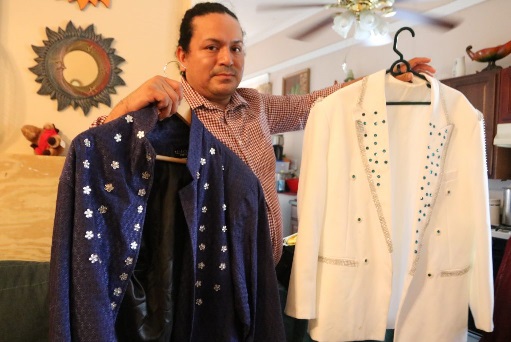 Ivan displays some of his performance costumes.

Learn more about Ivan's events for the LGBT Latinx New Orleans community on Facebook, including the Miss Gay Latina pageant.

Music for this episode is by Los Monarcas de Papaloapan and Los Felinos.