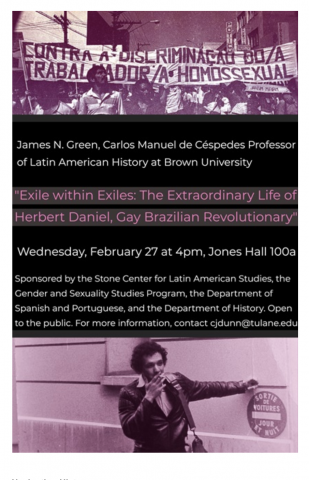 Join us in welcoming James N. Green for a talk entitled Exiles within Exiles: The Extraordinary Life of Herbert Daniel, Gay Brazilian Revolutionary on Wednesday, February 27, at 4:00 PM in Jones Hall 100A.

The talk is free and open to the public. For more information, please contact Christopher Dunn.