Chantalle Verna to Present Research on U.S. and Haitian Relationships in Post-Occupation Haiti

Chantalle Verna to Present Research on U.S. and Haitian Relationships in Post-Occupation Haiti 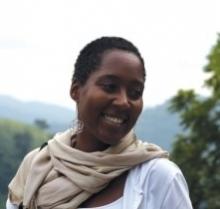 Join us at the Stone Center for Latin American Studies in welcoming Dr. Chantalle Verna for a talk on her book Haiti and the Uses of America: Post- U.S. Occupation Promises on April 26, 2018, at 6:00 PM.

In her book, Dr. Verna makes evident that there have been key moments of cooperation that contributed to nation-building in both countries. Dr. Verna emphasizes the importance of examining the post-occupation period: the decades that followed the U.S. military occupation of Haiti (1915-34) and considering how Haiti's public officials and privileged citizens rationalized nurturing ties with the United States at the very moment when the two nations began negotiating the reinstatement of Haitian sovereignty in 1930. Their efforts, Dr. Verna shows, helped favorable ideas about the United States, once held by a small segment of Haitian society, circulate more widely. In this way, Haitians contributed to and capitalized upon the spread of internationalism in the Americas and the larger world.

Dr. Verna received her Ph.D. from Michigan State University and is currently a professor in the History Department in Florida International University’s School of International and Public Affairs. Dr. Verna focuses on the culture of foreign relations, specifically concerning Haiti and the United States during the mid-twentieth century.