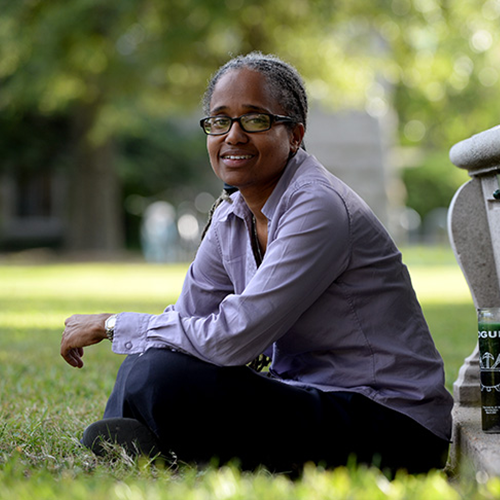 I am a historian of comparative black experience around the Americas, with particular interest in the different ways that black cultures developed during the years of slavery between the sixteenth and nineteenth centuries. Most of my research has focused geographically in the Caribbean basin and chronologically in the nineteenth century, during the era of slave emancipation.

My 2006 book, “New Negroes from Africa”: Slave Trade Abolition and Free African Settlement in the Nineteenth-Century Caribbean (Indiana University Press) explored how Africans rescued from illegally-operating slave ships by the British navy developed quite different communities and cultural practices depending on the specific places they settled around the Caribbean basin. This project originated as an attempt to explore how Africans who arrived in the Americas without the particular constraints of chattel slavery might have created community in ways both similar to and different from the majority of Africans who entered the Americas through systems of presumably permanent slavery. The book paid some particular attention to the impact of specific African cultural, geographic and political origins on the way that these people rescued from Atlantic slave trade built their new Caribbean lives. The administrative work done by colonial and local authorities around the suppression of the slave trade generated some peculiarly rich written records related to the actual journeys of slave ships; and in many cases even the life trajectories of their thousands of African captives. Such records have made these 250,000 lives more knowable—or knowable in different ways—than most of the 12 million Africans transported on Atlantic slave ships between the sixteenth and nineteenth centuries.

While multiple European governments and the United States engaged in slave trade suppression, the most significant international anti-slave-trade campaign involved British naval policing of slave ships attempting to supply the nineteenth-century agricultural economies of Cuba and Brazil. British authorities most often described the people rescued from Atlantic slave ships as “liberated Africans” in part to distinguish them from other free black groups. Under the leadership of African and Cuban historian Henry Lovejoy, this population now has a specialized online archive and research center—LiberatedAfricans.org which project I have been a part of the contributing research group.

In 2002 around the time that I was finishing my first book manuscript, I presented a conference paper on the way that Africans rescued from illegal slave ships joined other free blacks in the Bahamas in becoming involved with local controversies over the international abolition of slavery and slave trading around Africa and the Americas. Specifically, the paper focused on the ways that liberated Africans, and recently emancipated people of African descent in sought to thwart U.S. attempts to reclaim a group of captive African-Americans from the slave ship Creole in 1842. The African-Americans in that case had staged a mutiny and brought the slave ship, originally bound from Virginia to Louisiana, into Nassau, Bahamas, a British colonial port, then almost a decade after British emancipation. The paper argued that the Africans recently rescued from Atlantic slave ships, and the longer standing black Caribbean population, expressed both an African diaspora consciousness, and a regional anti-slavery solidarity in their opposition to the attempts to re-enslave the Creole mutineers. Observers have rightly critiqued the way that British authorities often portrayed liberated Africans as literal human evidence of the depth of British commitment to emancipation, and even black rights. My own ongoing research focuses more on how liberated Africans themselves participated in the everyday experiences, and larger political debates, which shaped the so-called age of emancipation. Those debates at their core sought to shape the future of black freedom, in labor, politics, and social and cultural life, around the Americas.

My current book project is tentatively entitled Africans Imagine the Age of Emancipation: Revisiting the Meanings of Abolition through Nineteenth-Century Survivors of the Atlantic Slave Trade. The earliest liberated Africans rescued and re-settled by British authorities came mostly from Spanish slave vessels between 1807 and 1819, despite the fact that the majority of that time period occurred before the first Anglo-Spanish slave trade suppression treaty of 1817. As Jenny Martinez has shown in her work on The Slave Trade and the Origins of International Human Rights Law (2014), over the course of the nineteenth-century British, Spanish, Portuguese, Brazilian and U.S. authorities would develop one of the earliest international legal regimens focused on a human rights question. However, in the early decades of the nineteenth century British authorities processed such cases in national vice admiralty courts in three of their northern Caribbean territories, Antigua, the Bahamas and Tortola. In addition to the records generated at the time of the seizure of these slave ships, in the 1810s and 1820s local colonial officials documented the daily lives and especially the labor experiences of these free African settlers, in part looking to them as a possible model for how more universal slave emancipation might occur. My manuscript in progress uses these records to reconstruct a black-centered commentary and critique of this often celebrated era of regional emancipation.

I am also working on a collective biography of a group of liberated African men who entered into British military service and ended up stationed in Havana harbor as a part of mid-nineteenth-century British agreements with Spain for joint suppression of the illegal slave trade to Cuba. This project particularly seeks to explore the relationship between these free African men serving as British colonial subjects and the diverse groups of African and African-descended populations in Havana, both free and enslaved. Despite the longstanding presence of various free people of African descent in Cuba, as elsewhere in the Spanish colonial Americas, authorities in Cuba seemed to fear the specific transnational anti-slavery identity of this population. The project takes its title from the words of one Spanish official articulating this fear: “Negroes with the Habit of Freedom”: Black African Soldiers, British Abolition and Slave Trade Suppression in Cuba. Other related projects include biographical work on abolitionist David Turnbull, who briefly served as a British consul in Havana. Cuban authorities routinely suspected him of fomenting slave rebellion; and he may indeed have had an idealized vision of a revolutionary slave uprising in Cuba, assisted by free black populations from adjacent British Caribbean territories. I am also working on a micro history of rape and assault aboard an Atlantic slave ship in the mid-nineteenth century. The tracing of the lives of the captive Africans aboard this vessel and the assaults committed against them is made possible because of British and Spanish legal and diplomatic processes related to slave trade suppression. However, the project itself seeks to explore more widely the understanding of intimate violence against African bodies and minds in the long history of Atlantic slave trading.

At Tulane I have taught undergraduate and graduate students broadly in African diaspora, Caribbean and African-American History courses. I have also engaged in local public history efforts including co-organization of a 2011 conference marking the bicentennial of the 1811 Louisiana Slave Uprising. This rebellion has significant linkages to the Haitian Revolution, both in its ideological orientation and in the participation of enslaved people brought to Louisiana after the destruction of slavery in that Caribbean territory. I also co-direct, with Nell Bolton, of the Frances Gaudet Legacy Project, which is designed to build a publicly accessible history of this independent black educator and reformer from Mississippi and Louisiana. From 2013 to 2020 I served as the faculty administrative director for the Tulane Africana Studies Program

Number of Dissertations or Theses Supervised in the Past 5 Years: 3