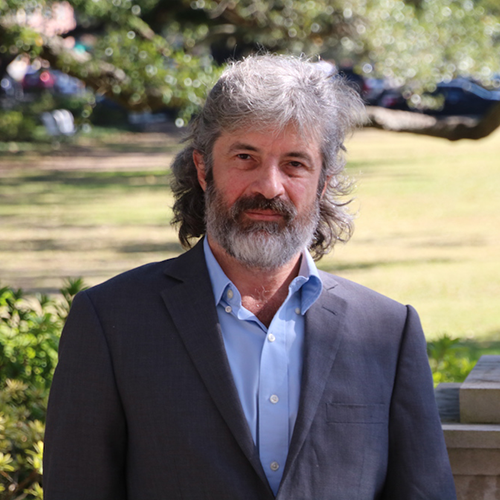 My books and scholarly articles encompass a relatively wide range of countries and periods in Latin America, but they are all devoted to the intersection of literature, culture, and politics, with a focus on how rhetorical structures constitute and are constituted by political processes.

My second book, The letter of violence: essays on ethics, narrative, and politics (Palgrave, 2004), was also published in augmented Brazilian and Chilean editions, respectively in 2012 (Belo Horizonte: UFMG) and 2016 (Santiago: Palinodia). The letter of violence explored intersections of the representation of extreme violence in literature and in critical theory. It engaged Jacques Derrida’s reading of Walter Benjamin’s “For a critique of violence” in his Force of Law, in a chapter that has been lauded by luminaries such as Judith Butler and Andrew Benjamin as a pertinent critique of Derrida and an important contribution to the legacy of Benjamin’s essay. The letter of violence also offered an interpretation of Jorge Luis Borges’s “El etnógrafo”, his spoof on anthropology, in which I argued that in Borges’ story ethics is presented as leading ultimately to the undermining of the discipline. The book also engaged representations of torture in Southern Cone literature (Ariel Dorfman, Mario Benedetti) in the light of Foucauldian Page DuBois’s work Torture and Truth, which convincingly argued that the very invention of the concept of truth in Ancient Greece was bound with the assumption that slaves can be tortured in the court of law and will necessarily be truthful when tortured.

The Latin American editions of The letter of violence are considerably expanded and include two chapters on violence and nationhoood in Brazilian popular music, in Minas Gerais and world-renowned heavy metal band Sepultura and in the Pernambucan, Northeastern movement mangue beat. The book argued that heavy metal became increasingly associated with the political emancipation that acoustic MPB (música popular brasileira) once symbolized and was no longer able to sustain in the 1980s. The chapter on the Northeastern movement chronicled how mangue beat bridged the earlier separation of national and youth musics in Brazil by mixing international genres that were not part of the mainstream pop/rock canon (reggae, hip hop, raggamuffin’, heavy metal) and regional genres alien to the canon of Brazilian popular music (coco, embolada, maracatu, baião). My interest in music has also yielded an essay on 19th century music such as represented by Brazilian giant Machado de Assis, which won the first Itamaraty (Brazilian Ministry of Foreign Relations) essay contest and has since been reprinted in the commemorative volume and in various languages. In addition, my work on music has included a volume coedited with Christopher Dunn for Duke University Press and entitled Brazilian Popular Music and Citizenship. Our introduction maps the history of relations between citizenship and music in Brazil and has since become part of illustrious collections such as David Byrne’s.

My two most recent books are Transculturación en suspenso: Los orígenes de los cánones narrativos colombianos (Bogotá: Instituto Caro y Cuervo, 2015) and Crônicas do estado de exceção (Rio de Janeiro: Editora Azougue, 2014). Both volumes expand on my interest in culture and politics. The first is a short, 150-page opuscule on the origins of the regional canons of the Colombian novel. Colombia is the only South American country that did not constitute itself in unified fashion in the 19th-century and the book analyzes the separate processes that took place in the Caribbean, in the Cauca Valley, in Antioquia, and in the central-eastern region that encompasses Bogotá. Crônicas do estado de exceção is a collection representative of the work I have developed recently bringing literary-informed scholarship to cultural and political supplements of Brazilian print and online media. The book includes expanded versions of position pieces written for the Brazilian press in four major areas (US, Palestine, Spanish American and Brazilian politics) and addresses recent Latin American politics primarily in matters related to the environment and to indigenous issues. In addition, my recent scholarly articles have included a series of pieces on masculinity in literature and culture. This work, supported by a fellowship of the American Council for Learned Societies, has yielded a number of scholarly articles on Argentinean Jorge Luis Borges and Gustavo Ferreyra, and Brazilians Gilberto Freyre, Fernando Gabeira, and Cristóvão Tezza.

My forthcoming book is entitled De antagonismos e oxímoros: Retórica e luta política no Brasil do século XXI and is under contract with Brazil’s foremost press, Record. My hope is to finish it in time to bring it to print in 2020. It is an analysis of the rhetorical components of Brazil’s unique and complicated political processes since Lula took power in 2003. Particularly, the book addresses the past five years, marked by the greatest popular assemblies and protests in the history of the country, arguably the largest corruption investigation ever in Western democracies, and the election of the most extreme right-wing coalition to have emerged in the recent populist wave. Some of this work has been published in Luso-Brazilian Review, Journal of Latin American Cultural Studies, O Estado de São Paulo, Lugar Comum and other journals around the world.