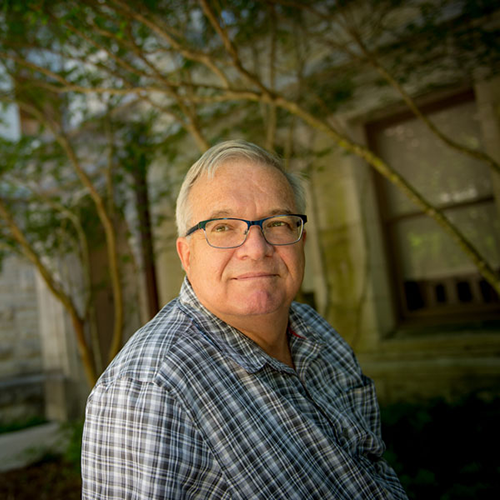 I am a cultural anthropologist with a long-term focus on the peoples, societies, and landscapes of the Amazon River region. Before joining the faculty at Tulane in 1991, I held appointments at the New York Botanical Garden and the Goeldi Museum (Brazil). My first scholarly monograph on the Amazon, Footprints of the Forest; Ka’apor Ethnobotany: The Historical Ecology of Plant Utilization by an Amazonian People (Columbia University Press, 1994) and my second one, Cultural Forests of the Amazon: A Historical Ecology of People and their Landscapes (University of Alabama Press, 2013), received the Mary W. Klinger Book Award from the Society for Economic Botany. The late Prince Bernhard of the Netherlands appointed me Officer of the Order of the Golden Ark (a Dutch conservation merit order) in 1993. I have worked to help establish historical ecology as a research program. I have had an interdisciplinary outlook, in fact, since the beginning of my career. My postdoctoral field research has been supported by extramural grants, including from Fulbright, Wenner-Gren Foundation, Edward John Noble Foundation, World Wildlife Fund, Environmental Defense Fund, and National Geographic Society. I was honored to receive in 2016 the President’s Award for Excellence in Graduate and Professional Teaching. I have given guest lectures at numerous scholarly venues in the United States and around the world, including Brazil, Ecuador, Mexico, India, Malaysia, Vietnam, Japan, Ireland, England, Sweden, Spain, France, and Germany. My research has been mostly noted in the fields of archaeology, ecology, and ethnobiology. Recently I have done fieldwork with indigenous groups and forest peasants exhibiting traditional lifestyles in tropical forests of Malaysia, Ecuador, and Brazil, and I have studied their historical and contemporary engagements with the flora and fauna of their landscapes. My most recent research as of 2019 specifically concerns the Waorani of the Ecuadorian Amazon, where with colleagues from IKIAM (the Ecuadorian university in Tena, Ecuador) and ASU and support as P.I. from a National Geographic Society grant, I have been engaged in studying and describing an anthropogenic forest managed by forebears of the current Wao people. In 2019 I became a John Simon Guggenheim Foundation Fellow. I am using the research time freed up by that fellowship to work on a new book concerning the Lower Amazon.

My teaching emphasizes the specific areas where I do research, topically and geographically.

I teach courses in historical ecology of Amazonia, South American ethnology, environmental anthropology, ethnographic methods, and cultural anthropology. As to this last course, my textbook Inside Cultures (2016), which is an introduction to cultural anthropology, is in its second edition with Routledge. My graduate advising and mentoring are in related areas of these specialty interests. I have thus far supervised ten dissertations at Tulane, with five more in the pipeline. I also advise undergraduate majors in anthropology and occasionally environmental studies.

In terms of department and university service, I served as chair of anthropology for a three-year term (1998-2001) and first director in SLA of the new Environmental Studies Program and its associated major (2007-2010). I have served on many dissertation, MA, and undergraduate honors committees, department committees, and college and university committees, including a term in the university Senate.

In terms of professional service, I was editor of the Journal of Ethnobiology (1998-2001) and President-elect (2011-13) and President (2013-15) of the Society of Ethnobiology. I am one of the founders of the Society for the Anthropology of Lowland South America (SALSA) and its associated journal, Tipiti, its first Secretary-Treasurer, and second President (2002-2005). I am also lifetime member of that society. I am currently coeditor of the New Frontiers in Historical Ecology series at Routledge and serve on the editorial boards of Human Ecology, Boletim do Museu Paraense Emilio Goeldi (Ciencias Humanas), and Révue d’Ethnoécologie.