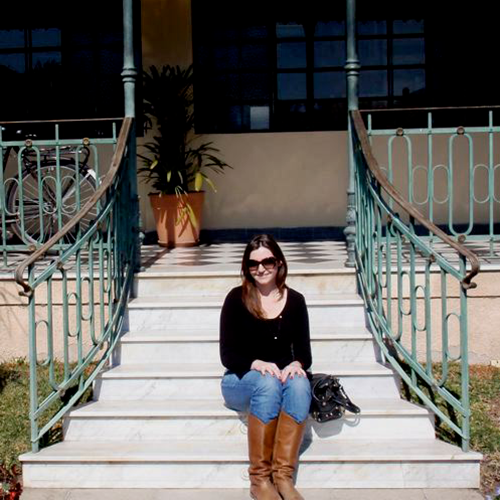 After graduation in 2007, Jessica moved to Buenos Aires and pursued a graduate degree in Marketing from the Universidad de San Andrés where she was the sole US student in the program conducted entirely in Spanish. She subsequently worked for Wines of Argentina, then as an analyst for a market intelligence consulting firm, and finally with Endeavor‘“an NGO with a private sector approach to development that identifies and supports high potential entrepreneurs in emerging markets. After four years abroad, Jessica returned to the United States to work on Capitol Hill, serving U.S. Congressional District (TX-27) with its +60% Hispanic demographic. As a Sr. Legislative Assistant, she advised Congressman Blake Farenthold on policy issues ranging from energy, to agriculture, tax, social security and small business. In 2012 Jessica managed a U.S. Congress primary race in South Texas and also served as Governor Romney‘s Deputy Director of Coalitions for Colorado, a crucial swing state in the 2012 Presidential election. Has Jessica led various coalitions and was heavily involved in Hispanic outreach throughout the state. Currently Jessica is Legislative Director for Congressman Steve Pearce from New Mexico. Working from Rep. Pearce‘s Washington office, Blake leads Rep. Pearce‘s legislative team, which drafts bills and amendments, reviews legislation under consideration, and corresponds with constituents on legislative matters. She also aids Rep. Pearce with his work on the Financial Services committee.

She reflects on her time at Tulane…

Why did you choose to major in Latin American Studies? I transferred to Tulane after spending her freshman summer with Tulane in Guadalajara, Mexico. After my summer in Jalisco, I was hooked on Latin American Studies and knew that Tulane was the place for me. While at Tulane, I studied abroad in Argentina and wrote my senior thesis on Bolivian politics, I carried out field research in La Paz, Bolivia, thanks to a grant from the Newcomb College Institute, which supports undergraduate research for women.

How has your background in LAST helped you since graduation? The major strengthened my writing abilities, formed my analytical thinking skills and developed my sense of adventure. Latin American Studies introduced me to a region ripe with possibility and opportunity.

Any words of wisdom for LAST undergraduates? My career and my passion for Latin America started at Tulane. Find a major that interests you, where you will put your heart into your studies, where lecture topics follow you outside of the classroom and into the bar. Let your major and your career envelope your life. I have backpacked across South America, analyzed Latin American market entry strategy for corporations, traveled the Amazon on a cargo boat, and discussed immigration and trade policy in a Presidential election. This major can become a way of life – dive in, there will be a world of opportunity waiting for you. Words of wisdom:

- Learn the language (both Spanish and Portuguese). The only way you can truly do that is to live abroad.

- Couple the major with a business or economic orientation.