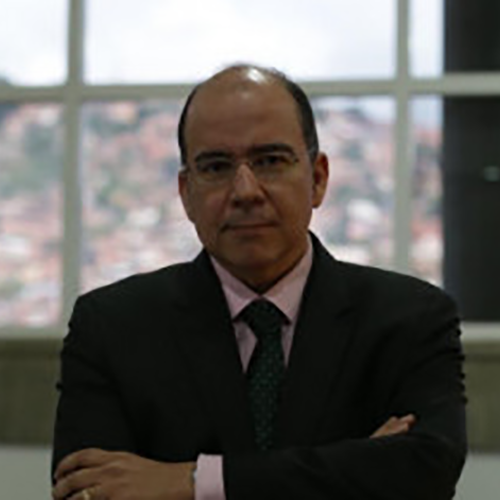 Francisco R. Rodríguez is a Venezuelan economist and currently director and founder of Oil for Venezuela, a non-profit organization focused on finding solutions to Venezuela’s humanitarian crisis. He received an M.A. and Ph.D. in economics from Harvard University, and has an undergraduate degree in economics from Venezuela’s Universidad Católica Andrés Bello.

Rodríguez has taught economics and Latin American studies at the University of Maryland at College Park, the Instituto de Estudios Superiores de Administración (IESA) and Wesleyan University. He has held prominent positions in the public and private sector and international organizations, including Head of the Economic and Financial Advisory of the Venezuelan National Assembly (2000-2004), Head of the Research Team of the United Nations’ Human Development Report Office (2008-2011) and Chief Andean Economist of Bank of America (2011-2016). Rodríguez is currently a Greenleaf Visiting Professor at Tulane University’s Stone Center for Latin American Studies.

Rodríguez is a frequent contributor in a number of publications such as Foreign Affairs, Financial Times, The New York Times, Americas Quarterly, Foreign Policy and the Washington Post, among others. He has published more than fifty research papers in academic outlets including the American Economic Journal, Journal of Economic Growth, Journal of Macroeconomics and Economic Development and Cultural Change.