The Latin American Library is pleased to announce the addition of the El Salvador Ad Hoc Commission Collection (1992) to its extensive manuscript holdings and special collections relating to Central America.

"The El Salvador Ad Hoc Commission was a result of the peace accord between the government of El Salvador and the Frente Farabundo Martí de Liberación Nacional (FMLN) signed on September 25, 1991 and formalized on January 16, 1992 in Mexico City.  Largely brokered by the United Nations, the Chapultepec Peace Accord ended a bloody internal armed conflict in El Salvador that had lasted twelve years and claimed many lives. 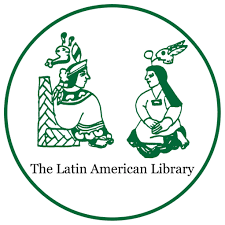 The Ad Hoc Commission was formed on January 21, 1992.  It was charged with evaluating the records and fitness of military officers in the Salvadoran armed forces and to recommend disciplinary action for crimes committed during the civil war.  The Secretary General of the United Nations, Boutros Boutros-Ghali, selected three prominent Salvadorans--Abraham Rodríguez, Eduardo Molina Olivares, and Reynaldo Galindo Pohl--to serve on the Commission.  Francisco J. Barrientos and Julio César Oliva were appointed Secretary General and head of the legal division of the Ad Hoc Commission, respectively.  Salvadoran President Alfredo Cristiani appointed two former Defense ministers, Generals Carlos Eugenio Vides Casanova and Rafael Humberto Larios López as military observers to the Commission, but they were not involved in the final decision-making process.  The members of the Commission concluded their work by submitting a confidential report to the U.N. Secretary General and to President Cristiani on September 23, 1992 evaluating the records of high-ranking officers of the Salvadoran armed forces."

The El Salvador Ad Hoc Commission Collection consists of 23 boxes of material. Contact LAL@tulane.edu with questions about the materials.